Posted By: Mary Westbrookon: May 30, 2018In: Floral Industry News 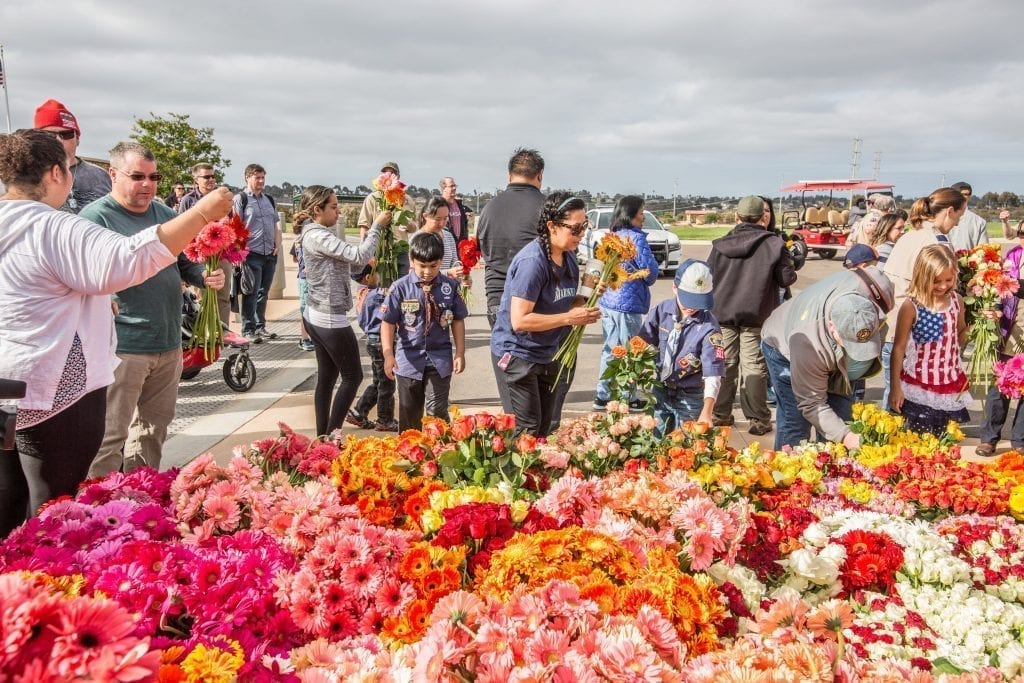 A floral industry-led initiative to honor fallen service members on Memorial Day and offer comfort to their families provided thousands of flowers at more than 40 cemeteries across the country this week.

Established seven years ago, the Memorial Day Flowers Foundation works with local organizers and volunteers to place flowers on gravesites at national, veterans, and local cemeteries. Through its first outreach in 2011, the group coordinated the donation of 10,000 stems at Arlington National Cemetery, outside of Washington, D.C. This year, the foundation coordinated 210,000 flowers at Arlington and 250,000 stems at 41 other U.S. cemeteries — a feat director Ramiro Peñaherrera credits to support from flower growers in the U.S. and abroad, wholesalers, transportation companies and an expanding roster of sponsors and community groups.

“It’s grown so much,” Peñaherrera said. “People are amazingly grateful.” 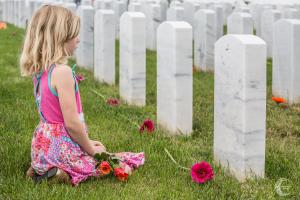 A young girl reflects at Miramar National Cemetery in San Diego. “I honestly don’t ever see myself doing anything else on Memorial Day,” said Mike Mooney of Dramm & Echter, who helped organize the event.

This year, the group also recruited 130 retailers — including barber shops and pet stores — to help hand out flowers to families and friends who wanted to honor a loved one. As in past years, Peñaherrera said this year’s effort was supported by CalFlowers, the California Association of Flower Growers & Shippers, Asocolflores, the government of Ecuador and dozens of industry partners. Also present at many of the events: Boy Scouts, who showed up in scores to volunteer and participate in the day’s events.

In California, 160 volunteers placed 27,000 roses on headstones at the San Francisco National Cemetery and an additional 2,000 stems at the nearby Gate of Heaven cemetery, said Michael LoBue, CEO of CalFlowers.

LoBue said momentum and support are growing locally: This year, Recology, a municipal waste and recycling company, signed on as the event’s local sponsor, providing for the flowers and organizing volunteers. The event included a 1,500-person ceremony with VIP guests and speakers, including Sen. Dianne Feinstein, Lt. Governor Gavin Newsom and Mayor Mark Farrell. 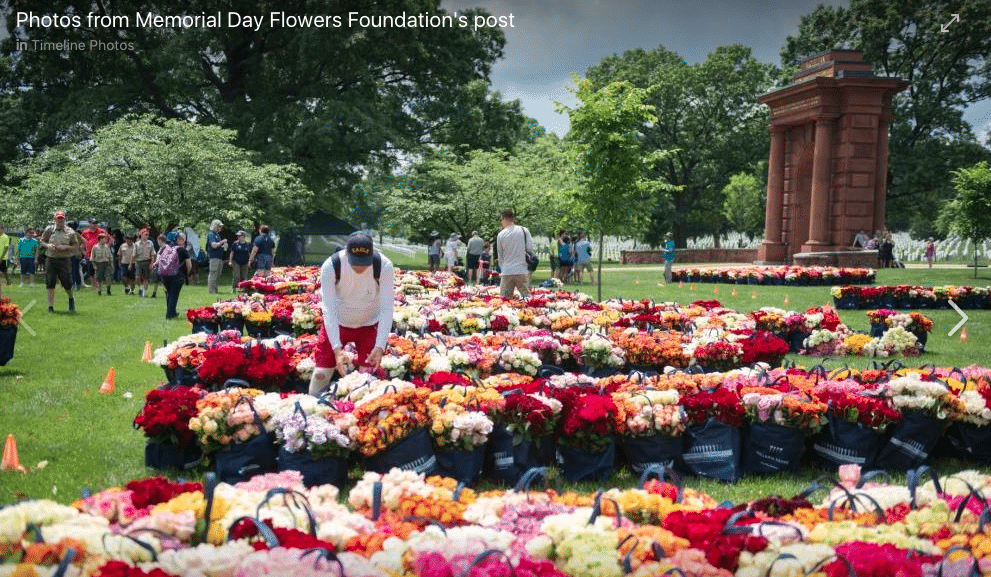 The Memorial Day Flowers Foundation organized 210,000 flowers at Arlington National Cemetery this week and nearly 250,000 stems at 41 other U.S. cemeteries — a feat director Ramiro Peñaherrera credits to support from flower growers in the U.S. and abroad, wholesalers, community groups and a growing roster of corporate sponsors

“It was a postcard kind of day with perfect weather,” LoBue said, noting that other major companies in Silicon Valley — Google, LinkedIn and Cisco — also sent volunteers. “I think we’ll be able to gain even more support in the future.”

At Miramar National Cemetery in San Diego, Mike Mooney, general manager of Dramm & Echter in Encinitas, California, said he’s been amazed by the “evolution of the event.”

In 2016, Mooney, a member of the Memorial Day Flower Foundation’s advisory board and the Society of American Florists’ board of directors, traveled to Arlington for the outreach. For the past two years, Mooney has helped organize the San Diego effort, which this year coordinated 17,000 stems through wholesalers and growers. About 160 volunteers, including employees from Wells Fargo and The Hyatt Group, helped distribute the flowers, up from 100 last year.

eñaherrera credits to support from flower growers in the U.S. and abroad, wholesalers, transportation companies and an expanding roster of sponsors and community groups.

“It’s grown so much,” Peñaherrera said. “People are amazingly grateful.”

Read the rest of the story on the SAF website here!